Ransomware, fileless attacks, cryptomining malware, IoT botnets – these are just some of the latest entrants in the ever-growing horde of cyber threats. While many of these threats come and go, a lot of them have withstood the test of time. In the spirit of Throwback Tuesday* (#TBT), we thought we’d highlight a few of the threats that have been hounding us since… well, forever.

In fact, the predecessors of some of these threats were among the biggest in history, impacting several industries and costing businesses billions of dollars in a short period of time. Let’s take a brief look back at some of the threats that have left an indelible mark in the history of hacking and cybercrime.

The early days of cybercrime

Did you know that the oldest known hacking incident didn’t take place on the Internet or even on a LAN? It was actually in an auditorium and dates back to 1903. Obviously, computers weren’t involved – or invented – yet, but it certainly was one of the forebears of today’s cyberattacks. 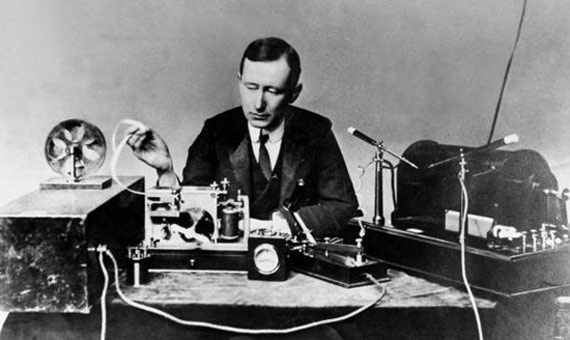 In this landmark incident, Nevil Maskelyne, a magician and inventor, managed to disrupt a demonstration of Guglielmo Marconi’s purportedly secure wireless telegraph, and consequently highlighted its technological flaws (sound familiar?), by beaming a stream of mocking messages from a distant transmitter. That hacking incident, then dubbed as “scientific hooliganism”, damaged the pride of inventor Marconi more than anything else. But today, more than a century later, cyberattacks have become far more grandiose and detrimental to both people and organizations.

Before we got to where we are today though, the imaginations and creativity of screenplay writers were years ahead of the actual hackers. Some of the most potentially catastrophic cyber threats in history are the ones that never happened in real life. If you recall the 1983 movie WarGames, you likely know it’s one of the most iconic hacking films and perhaps the first one that really brought public awareness to cyber threats and their potential to wreak havoc.

Thankfully, real-world cyber threats haven’t been launching ICBMs yet. But that doesn’t mean we can let our guard down. With the proliferation of Internet of Things (IoT) devices, today’s threats are increasingly closer to becoming life-threatening. The WannaCry ransomware attack in 2017, which affected more than 200,000 computers in 150 countries, crippled National Health Service hospitals in the UK, disrupting several health services and medical procedures. This incident, and many more, have elevated cyberattacks to a level where people’s lives can now be endangered.

It’s not easy to develop a definitive list of major threats in history, but in my opinion, the below are the most notable ones in each of the last 4 decades:

These threats are just some of the major instances we’ve seen play out through recent history, but they certainly do not cover the wide range of risks we see on a daily basis. Everyday cybercriminals are learning from and implementing old threats that have worked in the past and adjusting them to combat today’s technological and cybersecurity advances – why reinvent the wheel, right?

Threats throughout history have not only persisted and gained strength, but they’ve helped shape the robust world of cybersecurity we know today. So, while we know there will always be something more malicious coming our way, we also know – from history – what tactics to put in place to keep the worst from happening.