Eric Sifford, security researcher with Armor’s Threat Resistance Unit (TRU), found new tweets on Saturday, May 25, 2019 and on Tuesday, May 28, 2019 from a Twitter account , which appears to be connected to the City of Baltimore ransomware attackers. Both tweets were directed squarely at Baltimore’s mayor, Bernard C. “Jack” Young. See Images 2 and 3.
“These recent tweets, apparently from the alleged City of Baltimore hacker(s) or their representative, are telling,” said Sifford. “The initial tweet from this Twitter account on May 12 included what looked to be usernames, passwords, and other sensitive-looking, internal documents from the City of Baltimore. However, that tweet apparently failed to achieve the response the hacker(s) desired, as the newest tweets take things a step further.” The tweet on May 25 taunts and chastises the city’s Mayor for not paying the ransom. See Image 2. The tweet on May 28 offers to decrypt one of the city’s computers for free if the Mayor sends hostnames of 5 affected machines. See Image 3.

“It is clearly an effort by the hacker(s) to prove they can decrypt the city’s files,” continued Sifford. “This might be an opportunity for the Mayor and Baltimore’s incident responders to determine if the threat actors truly have the capabilities to unlock their data. As a cybersecurity expert, I generally recommend against paying a ransom; however, each case is unique in its totality, and I understand sometimes an organization’s leadership may decide their best option is to pay.”

Image 2:Saturday, May 25 tweet from Twitter user who could be the threat actor behind the Baltimore ransomware attack. 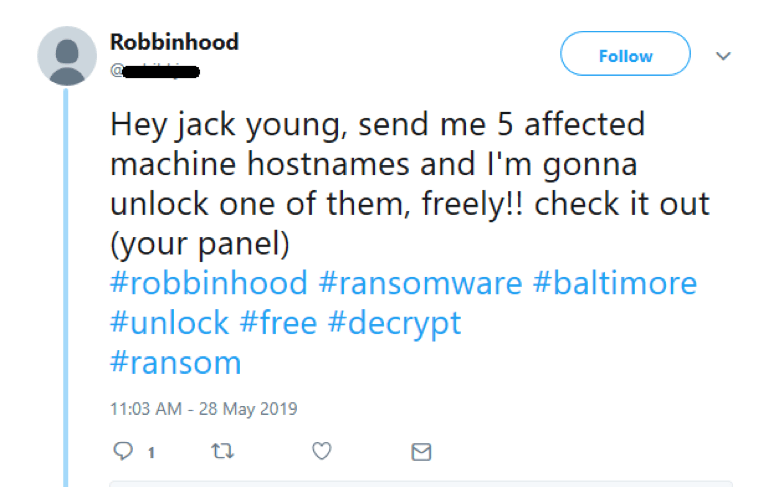 Image 3: Tuesday, May 28 tweet from Twitter user who could be the threat actor behind the Baltimore ransomware attack.

Eric Sifford, security researcher with Armor’s Threat Resistance Unit (TRU) found that on Sunday, May 12, 2019 a newly created Twitter account posted usernames, passwords and other sensitive-looking, internal documents which appear to be related to the city of Baltimore. Armor chose not to reveal the Twitter handle at this time, so as to ensure the City of Baltimore has the opportunity to change the usernames and passwords in the Tweet should they be authentic. (See Image 1).

The Twitter profile included the name “Robbinhood” in its profile description. This is the ransomware which purportedly shut down portions of the city’s IT network. At this time, it is unclear whether the post is truly a message from the threat actors behind the Baltimore ransomware attack or a malicious prank from someone with access to internal documents relating to the city. 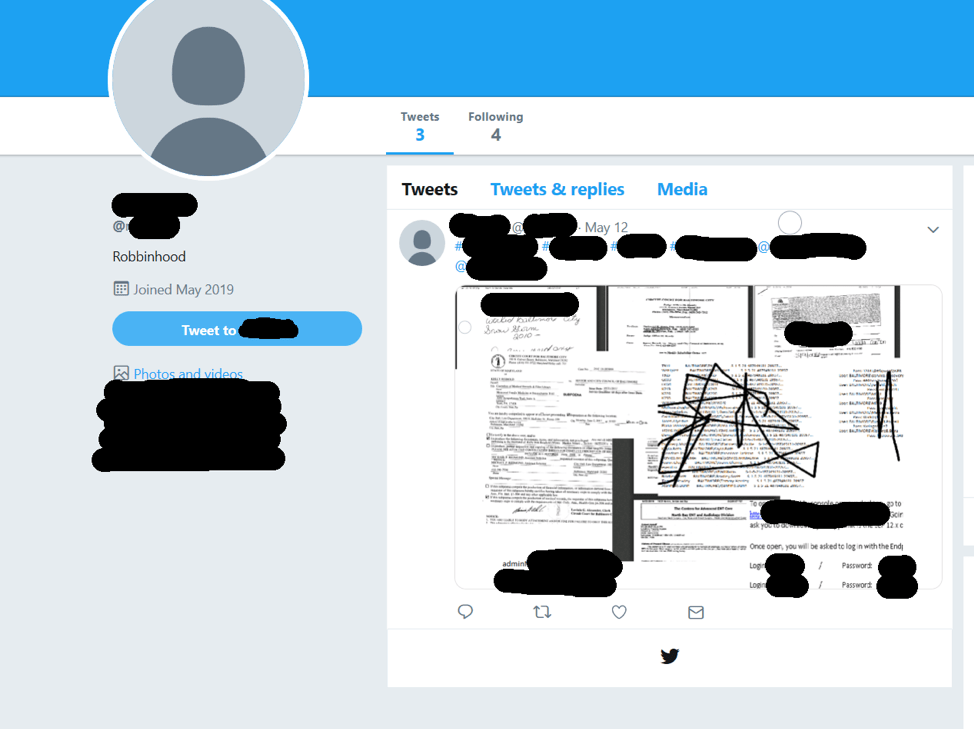 Image 1: Profile page for a Twitter user who could be the threat actor behind the Baltimore ransomware attack.

City of Baltimore, One of Over 20 Government Organizations, to Be Compromised by Ransomware in 2019

On Tuesday, May 7,  news broke that the city of Baltimore had been hit for a second time in just over a year by ransomware.  According to news reports, the city’s government computers were infected with ransomware, alleged to be a ransomware family known as Robbinhood.

Ransom Demanded of City of Baltimore

Armor, a global cloud security solutions provider, analyzed the ransom message which appeared on the city of Baltimore’s computer system (see image 2).  It said the Robbinhood ransomware, used a file-locking virus that encrypts files to take them hostage. The note demanded payment of 3 Bitcoins (currently equal to approximately $23,267 @ 2:15 CST 5/14) per system, or 13 Bitcoins (equal to approximately $100,823 @ 2:15 CST 5/14) in exchange for decrypting all the city’s systems. 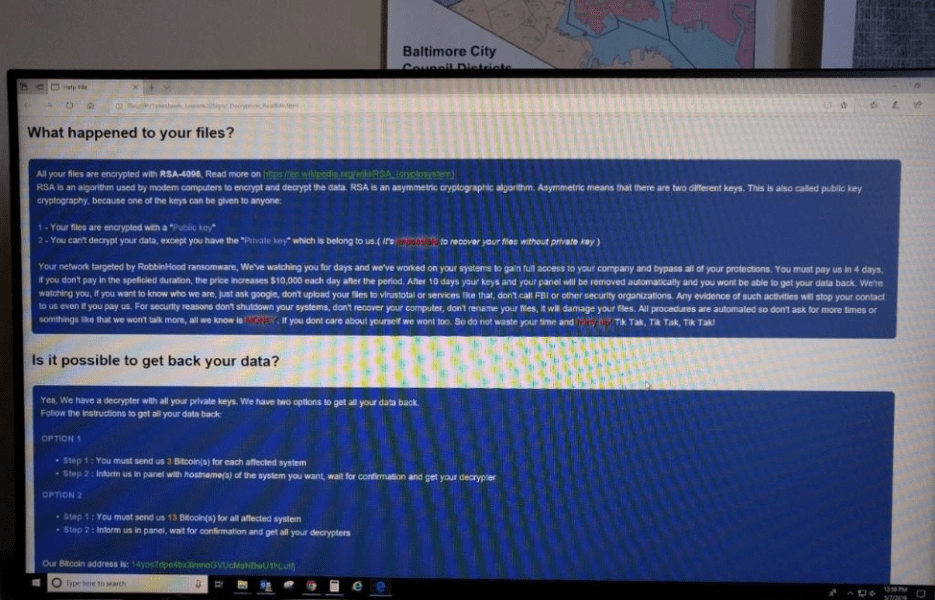 Image 2:  City of Baltimore ransom note which appeared on the city’s computers Tuesday, May 7, 2019.

Baltimore Ransom Note:
The Baltimore ransom note stated: “We’ve watching you for days and we’ve worked on your systems to gain full access to your company and bypass all of your protections.”  It said that ransom must be paid within four days or the price would go up, and that after 10 days, the city would not be able to get its data back.

The note warned the city against calling the FBI, saying that would prompt the attackers to cut off contact. It also said that attempts to use anti-virus software would damage the city’s files. The ransomware’s procedures are automated, the note said, “so don’t ask for more times or somethings like that.”

How Did City of Baltimore Get Infected
How the ransomware initially infected the city of Baltimore’s computers has not been revealed.  However, Armor’s Threat Resistance Unit (TRU) has observed in its protection of 1,200 clients worldwide that three of the most common infection vectors for ransomware are the compromise of “open” Remote Desktop Protocol (RDP) servers,  exploit kits and malicious phishing emails.

City of Baltimore, One of Over 20 Government Organizations to Be Compromised by Ransomware in 2019

The City of Baltimore is one of 22 government organizations to be hit by ransomware in 2019. Armor has tracked the following ransomware attacks:

The power companies are located in the states of Telangana and Andhra in India. It is reported that nearly 400,000 customers visit the company websites each month for information and to pay their utility bills.

Note: The Indian power companies compromised by the Robbinhood Ransomware were both using jQuery, a JavaScript library.

Note:  Why do hackers target servers running RDP?  Many organizations use RDP instead of a VPN for remote access to their work or home machines. Also, many organizations are not aware the RDP service is running on Internet-facing servers. This could be due to a misconfiguration, a critical oversight in security, or it could be started by another service after the server is deployed.